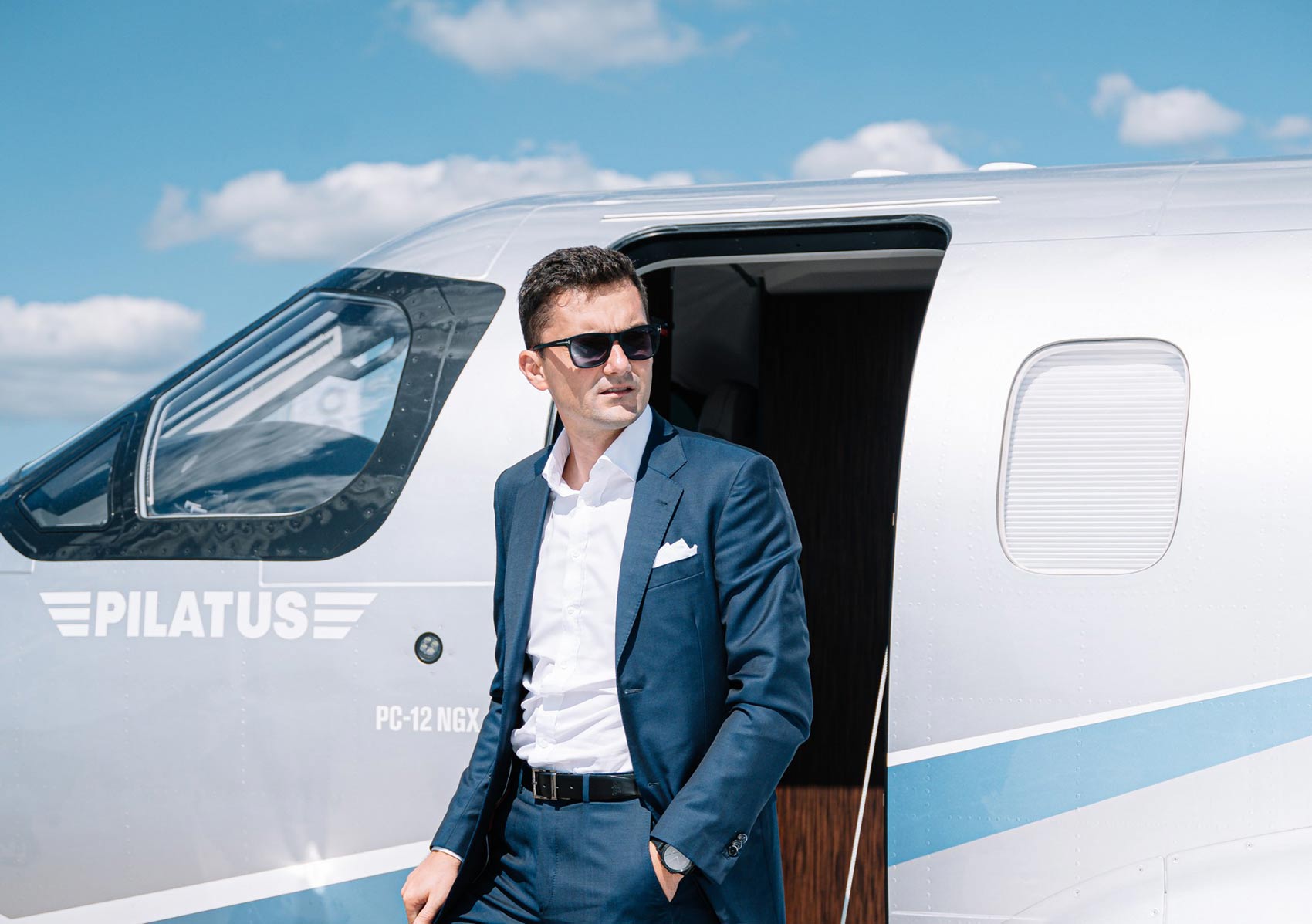 Business aviation is getting bigger, and so are the flagship models of the future. Jill Stockbridge from Arabian Aerospace Magazine speaks to specialist ArcosJet about this growing market and why the firm relocated to Dubai

Business aviation is getting bigger, and so are the flagship models of the future. Jill Stockbridge from Arabian Aerospace Magazine speaks to specialist ArcosJet about this growing market and why the firm relocated to Dubai

Business aviation is getting bigger, and so are the flagship models of the future. Jill Stockbridge from Arabian Aerospace Magazine speaks to specialist ArcosJet about this growing market and why the firm relocated to Dubai.

Global aircraft brokerage firm Arcosjet has ceased operations in Russia, and strengthened its team in Dubai, an area it sees as having great prospects for growth.

The company “consciously searched” for a location that could provide it the “most advantageous strategic positionson a global scale”, said Mikhail Alenkin, Arcosjet chief executive and founder. “We chose Dubai as a growing international financial and innovation centre.

“We were convinced that we made the right choice when we saw the major transformation that took place at the height of the pandemic. Dubai always was the key to the Middle East market, but then it became a full-fledged hub connecting the Middle East and Africa to Asia.”

With the UAE’s installed fleet having overtaken Saudi Arabia’s as the largest in the Middle East, the migration of ultra high net worth individuals (UHNWIs) to the region and a strong global recovery in oil demand, it would seem the right decision, but it is not without challenges. “The Middle East is a very interesting market with its own mentality and traditions,” said Alenkin. Building relationships required a special approach.

More than half of the estimated 500 business jets operating in the region are long-range and large aircraft, which further increases the importance of this segment in terms of value and turnover.

“This is a feature of the region,” said Alenkin. “It’s not just about the mentality and personal preferences of the owners: to reach any of the nearest world economic and financial centres you have to spend 5-8 hours inflight. This, as well as the desire to travel in large groups and with a significant amount of luggage, inevitably makes the non-stop flight range, cabin dimensions and luggage compartment volume the key factors when choosing a business jet.”

Arcosjet specialises in long-range business jet deals, and has accumulated expertise in that market. Alenkin believes the difference is in the details.

“Our task is not to surprise and impress clients, but to meet their expectations and provide them with exactly what they need. We help the client buy or sell a jet profitably, efficiently, confidentially and conveniently. We use knowledge of the market and constantly monitor and research it.

“We also focus on the development of the latest digital technologies and services. We are confident that process automation and Blockchain can make work easier, more transparent and more comfortable for everyone in the market.” The pre-owned business jet segment is currently a seller’s market, with average sale prices breaking records and the number of business jets for sale falling to around 4% of the active global fleet. As a result, the price of some later models has increased by an average of 20-30%.

Alenkin said: “In such market conditions, it’s very difficult to find good aircraft at a reasonable price. A significant number of aircraft are traded off-market and pricing goes beyond logic. But this situation is temporary.”

The company expects to see Middle East market demand in large and long-range business jets to continue growing, driven by new flagship models that manufacturers are preparing to bring to the market, including the recently announced Bombardier Global 8000, the Gulfstream G700 and G800, and the Dassault Falcon 10X.

“We are seeing a demand for new jet showcase formats, to help buyers better understand a particular aircraft and compare it with alternatives,” said Alenkin. “In the longer term, we see the sustainable development and the widespread introduction of green technologies in the industry. New technologies are being created, such as eVTOL, biofuel and others. I believe that as a result of development, the entire industry can be significantly transformed as new aircraft, services and formats emerge, and business processes and approaches change.”