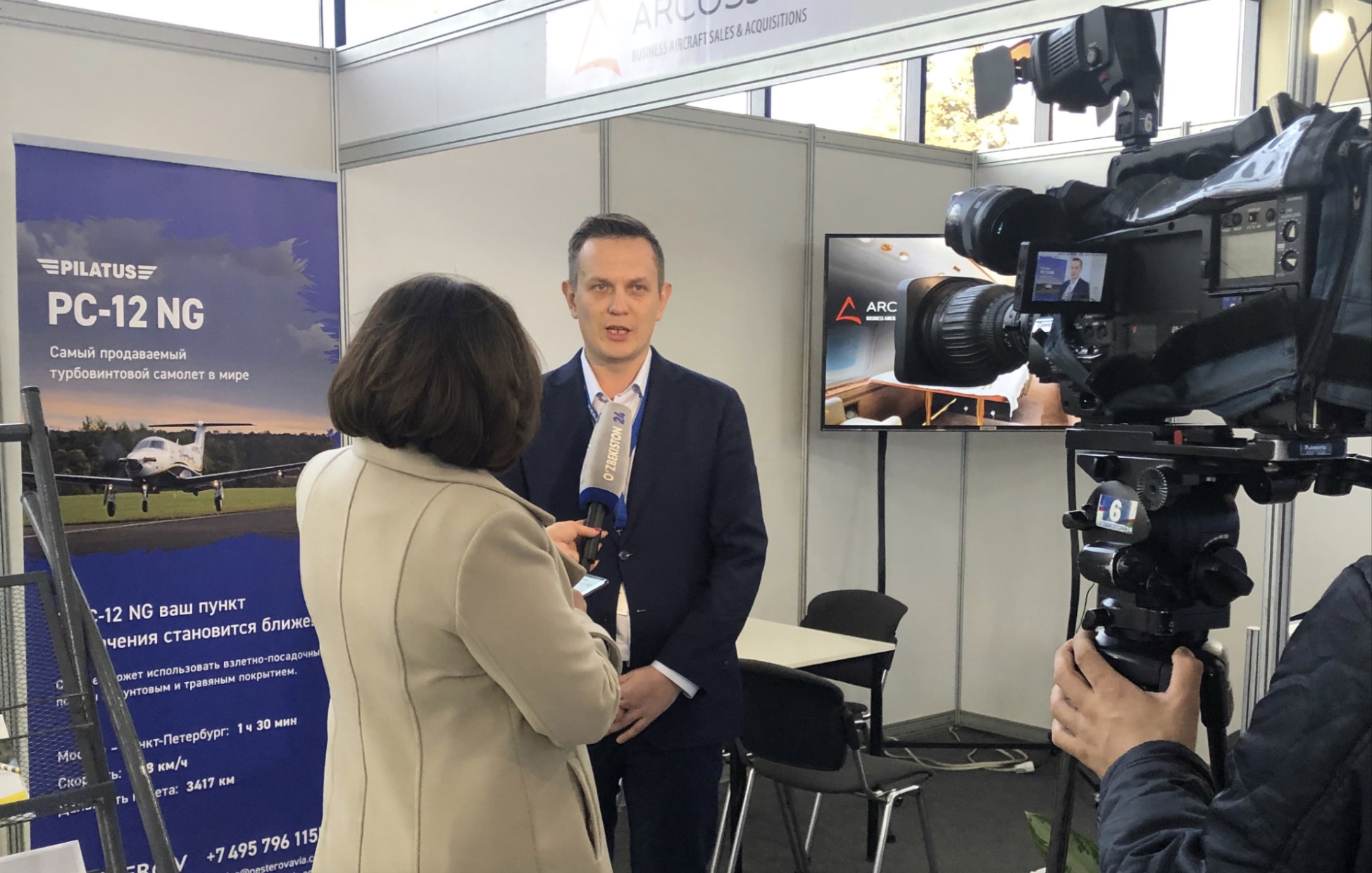 The first UAALF-2020 international aviation forum in the history of Uzbekistan was held in Tashkent at the end of February.

The first UAALF-2020 international aviation forum in the history of Uzbekistan was held in Tashkent at the end of February.

Among the participants of the event, which was attended by almost every main player on the business aviation market, ArcosJet Group of Companies was seen and heard. Sergey Lukin, Director of Business Development and Sales, gave several interviews to Uzbek TV channels and was among the speakers at the conference. The main topic of Sergey’s speech was the development of business aviation in the region, as well as the effectiveness of Pilatus PC-12 NGX and PC-24 aircraft both within Uzbekistan and outside the country.

ArcosJet has already had some successful collaboration with its Uzbek colleagues, as it sees great potential for development in this region. And in the near future, ArcosJet plans the opening of a representative office in Tashkent.

“Business aviation in Uzbekistan is at the very beginning of its development, at the moment there are a few heavy jets in the country. There’s also an increase in charter flights with destinations to different parts of the world. The convenient geographical location gives the airports of Uzbekistan good prospects to become important aviation hubs. Moreover, the steps that the government is taking to develop business aviation in the region definitely have a positive impact on the country’s investment climate. And in general, this exhibition is very lively, almost all of our colleagues are here,” shares Sergey.

There was even talk on the sidelines of the forum that since ABACE in Shanghai was canceled due to an outbreak of coronavirus, all the market players can safely move to Tashkent and meet here more often.

However, the country’s leadership is determined not only to develop business aviation, but also civil aviation and cargo transportation. Special plans for the development of the tourism industry were announced, which will require modernized infrastructure and an updated fleet of aircraft.

According to the Deputy Prime Minister of Uzbekistan, Aziz Abdukhakimov, tourist flow has increased 5 times since 2016, reaching 6.7 million people in 2019, and by 2025 it is expected that the annual number of tourists will go up to 12 million. This ever-increasing number of tourists adds an extra load to the country’s infrastructure, specifically its air and rail transportation.

“The established fruitful cooperation with Uzbek customers has become a platform for the further development of our presence in this region. Services that we have already begun to provide are very in demand. We are ready to offer solutions to any problems, as well as explaining that business aviation can be a useful tool for business development and time saving. We are happy to share our experience with Uzbek clients and colleagues,” says Mikhail Alenkin, owner of the ArcosJet Group of Companies.