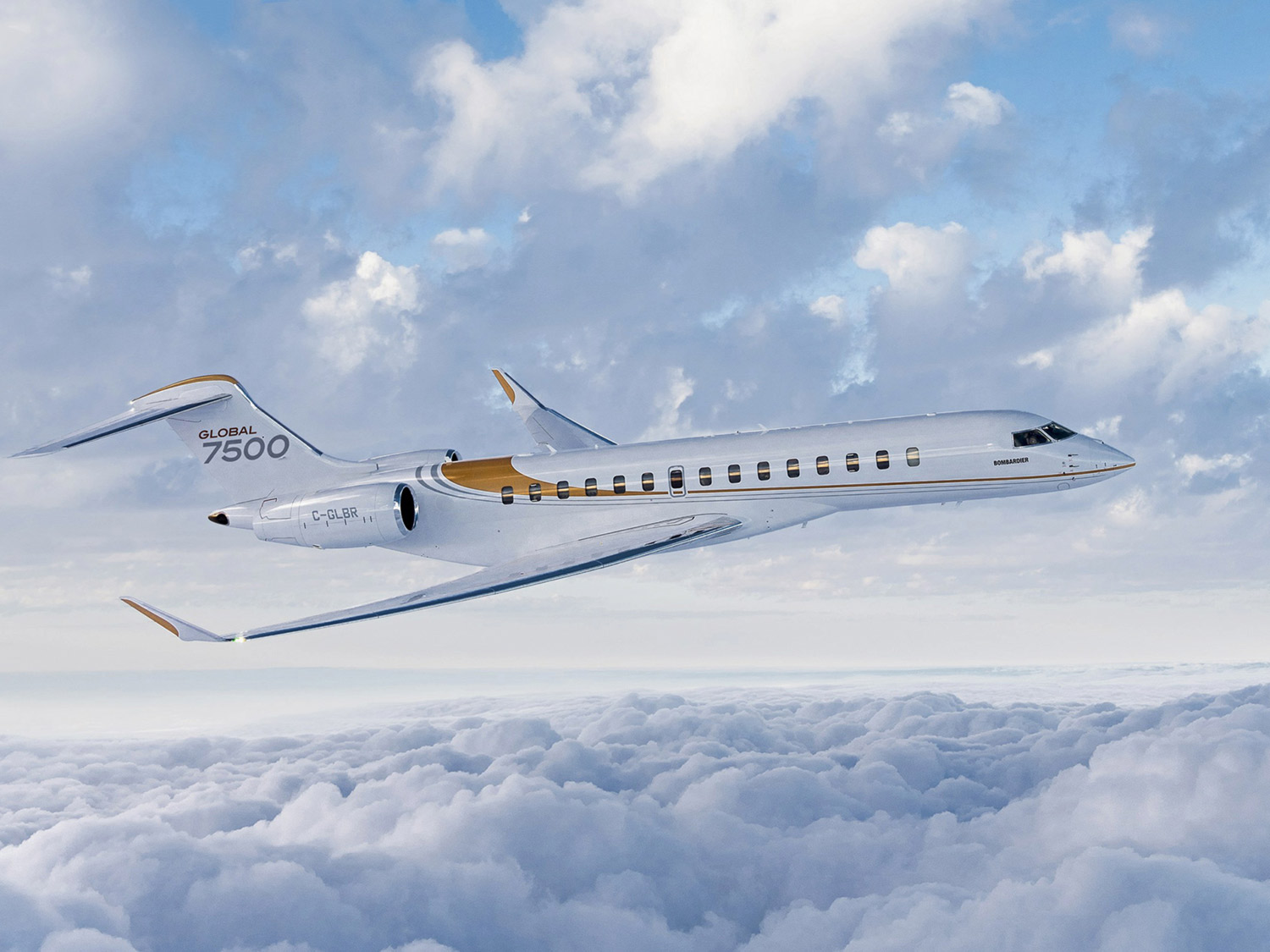 “We know a lot of people who are thrilled by the European certification of the Global 7500,” says Ivan Veretennikov, Sales Director at ArcosJet. “This is especially true of some of our clients who have shown great confidence in this aircraft program from the start and submitted orders when it was announced in 2010. I was actually there in Atlanta at the unveiling myself and was equally impressed, wish I could say I have one coming. The early adopters saw its potential to become the new ‘best of the best’ in business aviation and will soon start flying this ground-breaking jet. We share their joy and know they made the right choice. This is one of the rare cases when we would definitely recommend a new plane over a preowned one as the Global 7500 cannot be fully replaced by existing models, while its combination of technology, cabin space, and truly global flight range make it ideal for modern big businesses and UHNWIs.”

Now that the Global 7500 has been certified by EASA, the European Union Aviation Safety Agency, it has become something tangible for its buyers and no potential bureaucratic hurdles stand in the way. Now it’s all down to Bombardier producing them fast enough, which the manufacturer seems to be fully committed to. EASA certification is important not just for Europe itself: Russia and CIS, as well as some others prefer European standards, equipment, and registration jurisdictions such as Austria, Switzerland, San Marino, Malta, Isle of Man. Many of the new aircraft will find their owners in the Commonwealth of Independent States, Russia and Kazakhstan set to become leaders in deliveries for a few years to come.

Even a non-spotter will notice that the new 7500 is bigger than a Global 6000 but the main differences are “under the bonnet” – or, more exactly, in the cockpit, cabin, and systems. The flight range has increased to 7700 nm which means any point on the planet is within no more than one fuel stop. The speed is as close as you can legally get to the speed of sound (well, there are aerodynamics to consider too), while the cabin is the biggest ever on traditional business jets.

The pilots get fly-by-wire instead of traditional mechanical links to control surfaces. This means that instead of setting each surface separately the pilot just needs to point in the desired direction with a flight stick and smart computers find the most efficient setup to achieve this. This not only makes the plane safer and easier to fly but also offers a smoother ride as the fly-by-wire helps stabilise the aircraft and reduce the effects of turbulence.

Naturally, the passengers will be even happier. The new Bombardier flagship truly sets new standards in business aviation. Huge new rectangular windows (15 on one side and 14 on the other) ensure great visibility and lots of natural light, equalling or even beating the competition. Four distinct cabin areas mean you can have a proper 6-person dining table, a cabinet, a bedroom with double bed, and a shower all on one plane. And if you couple this with much better performance, lower cabin altitude, better soundproofing and many other finer things that distinguish a purpose-built business jet from a passenger plane with a designer interior, the smaller business liners don’t really have a chance. On the other hand, the 7500 is bigger and more capable than its traditional business jet rivals.

Enhanced and synthetic vision systems, head-up displays, superfast internet, and even an industry-first lounge chaise that transforms into a flat surface for sitting or lying down are just part of the abundant basic and optional equipment choices available to Global 7500 buyers. In short, it is a very desirable plane. That’s why the earliest available delivery slot is 4 years ahead. One thing is for sure, however: if someone wanted to get it quicker, there are ways to speed up the process, and it’s a lot easier than trying to get the plane certified.