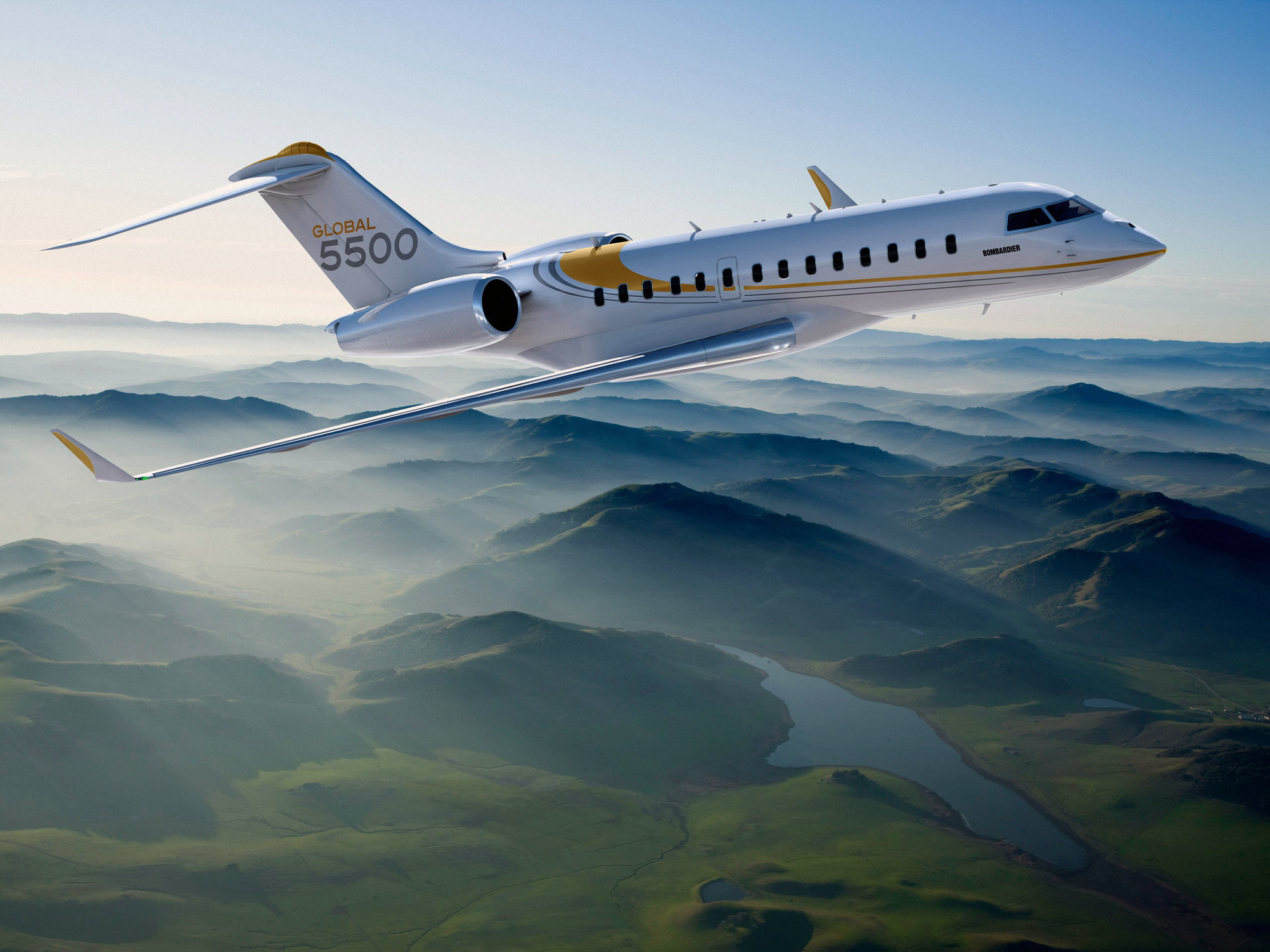 The Global 5500, the Falcon 900LX, and the Challenger 650 – all three of these aircraft are receiving a lot of interest from buyers. And even though they are not all in the same class, following this interest, we still decided to compare them, and this is what we got.

The Global 5500 is a modern long-range business jet. Its flight performance is in the lead among all comparable models, and it has the most spacious cabin and luggage compartment. No wonder here, as this successor of the classic Global models is the latest modification among the aircraft compared. Accordingly, this model has the highest operating costs of all comparable models. The range of this aircraft is already comparable to that of more “long-range” model Global 6000, allowing it to connect city pairs like Moscow-Miami or Moscow-Los Angeles without refueling. There are currently only ten Global 5500s in active use, with no offers on the resale market.

The Falcon 900LX is a classic large-cabin three-engined business jet manufactured by Dassault Aviation. It occupies an average position among comparable models in terms of cabin and luggage space. The same applies to range, but due to the number of engines it can take more direct routes than its twin-engine counterparts. Its operating costs are almost double those of the Challenger 650, but significantly lower than the Global 5500, according to AMSTAT estimates. According to the same company, there are 87 aircraft in the active fleet, with only one for sale on the preowned market.

The Challenger 650 is the latest modification of Bombardier’s bestselling business jet, in production since 2014. While at the bottom of this list in terms of flight and technical characteristics, it is only slightly behind the Falcon 900EX EASy in terms of cabin and luggage compartment dimensions, and even tops it slightly in terms of cabin width. Unlike the other two models, the Challenger 650’s cabin has only one zone. In terms of operating costs, however, it is by far the superior of all the aircraft in question. Of the 117 aircraft in the world’s active fleet, only two are for sale on the secondary market.

A direct comparison among the presented models is 100 percent correct only for two aircraft belonging to the same class of large business jets: the Falcon 900LX and Challenger 650. The Global 5500 is in the upper end of the long-range business jet class and, accordingly, has significantly higher flight performance. Being a new model, though, the Global 5500 is only available as a new build from the manufacturer, and the wait is long.

The Falcon 900LX occupies a niche in the upper segment of the large-cabin class, almost up there with long-range business jets. It outclasses the Challenger 650 in cabin and luggage capacity, loading capacity and is significantly ahead of it in terms of range and is a newer modification (launched in 2012). At the same time, the Challenger 650 much cheaper to run and own than the Falcon 900LX. The model is in production and there has been a decline in new aircraft deliveries, but the manufacturer has not yet announced plans to discontinue or upgrade the model.

Let us know if you need more information on this aircraft.